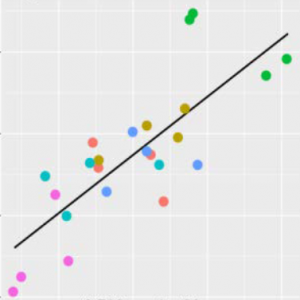 Cassava is an important staple crop in sub‐Saharan Africa, due to its high productivity even on nutrient poor soils. The metabolic characteristics underlying this high productivity are poorly understood including the mode of photosynthesis, reasons for the high rate of photosynthesis, the extent of source/sink limitation, the impact of environment, and the extent of variation between cultivars. Six commercial African cassava cultivars were grown in the greenhouse in Erlangen, Germany and the field in Ibadan, Nigeria. Source leaves, sink leaves, stems and storage roots were harvested during storage root bulking and analyzed for sugars, organic acids, amino acids, phosphorylated intermediates, minerals, starch, protein, activities of enzymes in central metabolism and yield traits. High ratios of Rubisco:phosphoenolpyruvate carboxylase activity support a C3 mode of photosynthesis. The high rate of photosynthesis is likely attributed to high activities of enzymes in the Calvin‐Benson cycle and pathways for sucrose and starch synthesis. Nevertheless, source limitation is indicated because root yield traits correlated with metabolic traits in leaves rather than in the stem or storage roots. This was especially so in greenhouse‐grown plants, where irradiance will have been low. In the field, plants produced more storage roots. This was associated with higher AGPase activity and lower sucrose in the roots, indicating that feedforward loops enhance sink capacity in the high light and low nitrogen environment in the field. Overall, the results indicate that carbon assimilation rate, the K battery, root starch synthesis, trehalose, and chlorogenic acid accumulation are potential target traits for genetic improvement.